A universal truth and decision.... 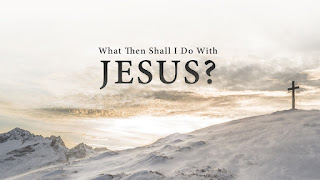 " All things come alike to all: One event happens to the righteous and the wicked, To the good, the clean, and the unclean; To him who sacrifices and him who does not sacrifice. As is the good, so is the sinner; He who takes an oath as he who fears an oath ." - Ecclesiastes 9:2 The context of this passage is speaking about the universal truth of death. All of us will physically die, regardless of who we are, where we come from, or what we do. We all die because we are all sinners under the curse of sin from Genesis 3 with our earliest ancestors, Adam and Eve. Since death is an indisputable fact, we have another question to answer - what happens when we finally meet our own death? God's Word says we all live on spiritually - which will be a coherent, experienced, conscious reality. According to God's Word, we will not cease to exist, we will not float in an unconscious state, we will not sit in a purgatory or spiritual jail until reaching per
Post a Comment
Read more

November 14, 2019
Bad things happen all around us everyday. Sometimes they happen to us, and sometimes they happen to others. This is a sad reality of living in a sin-cursed world (Gen. 3). Absolutely everything was jacked up after that one event, thus we find ourselves in a jacked up world living tough lives that seem to have more difficulty than blessing. But you know what? That’s all ok. Well, how can I say that? Because God is good! Well how can I possibly say that? Because God came to this jacked up world and lived a tough life for roughly 33 years. Not only did He do that, He came with a mission - to reconcile all of us jacked up and sinful people to Himself. -He kept His own Law for us. -He paid the price of punishment His Law required of us (the Law breakers), stepping into our place in the judgment seat at the cross. -He freely offers us forgiveness and reconciliation with Him through repentance and faith, when we have done nothing to deserve or earn it. So, in a sin-filled, jac
Post a Comment
Read more

What God says about depression.... 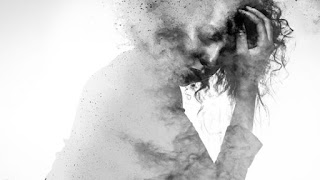 " Blessed is the man who trusts in the LORD and whose trust is the LORD ."  - Jeremiah 17:7 Depression has become a widely experienced season of life for countless individuals.  Although it is still seen, by and large, as a taboo subject, depression is slowly becoming a more popular topic of public discussion with the rise of mental health awareness on a vast number of fronts. In the Christian world, many have expressed that the Church has not performed particularly well over recent decades in talking about and dealing with the depression issue.  For many, the belief has been that Christians should never become depressed, and if one finds his/herself in a depressed state, then his/her faith or spiritual condition is in question. Does the Bible have anything to say regarding depression?  Certainly it does!  God understands us, after all, Jesus walked among us.  He understands depression because He Himself walked in a season or two of it!  Depression is a natural human re
Post a Comment
Read more 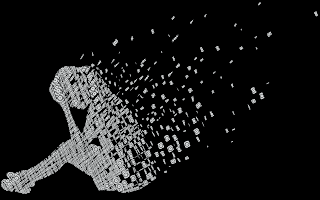 Psalm 88 is a somber contemplation of a man named Heman the Ezrahite. This Psalm was put to the music of a reed pipe and sung by the sons of Korah, the official musicians for the Temple in Jerusalem, in times of sadness. This Psalm is as real as it gets. It doesn't conclude with a happy ending. It is simply a cry out to God for mercy and for deliverance from life's ongoing struggles. It is quite possible that Heman suffered from leprosy since he notes, " You have put away my acquaintances far from me; You have made me an abomination to them; I am shut up and I cannot get out....Loved one and friend You have put far from me, And my acquaintances into darkness " ( v. 8, 18 ). Whatever was troubling Heman, it was continuous and he apparently prayed to God about it often with no relief: " LORD, I have called daily upon You; I have stretched out my hands to You. Will You work wonders for the dead? Shall the dead arise and praise You?...
Post a Comment
Read more

October 17, 2019
“The men of David said to him, ‘This is the day of which the Lord said to you, ‘Behold, I will deliver your enemy into your hand’.......And he said to his men, ‘The Lord forbid that I should do this thing to my master, the Lord’s anointed....’” -1 Samuel 24:4, 6 Even a ‘sure thing’ or something that seems right or from God, must always be tested by the Word of God. God’s Word must be our filter, not hunches, inclinations, or perceived blessings from God. The Spirit will reveal what is right and true.
Post a Comment
Read more

An Example of Christ-like love and forgiveness

October 03, 2019
By now, you've likely seen or at least heard about the viral video of Botham John's younger brother offering forgiveness and a show of love to Botham's killer, police officer Amber Guyger.  Although there have been mixed reactions not only to his gesture, but also to the case itself, this act during the trial hearing is a beacon of light and a true example of the forgiveness that Jesus talks about.  Better yet, this show of grace and mercy is a beautiful display of what Christ offers us through His cross. I will not post any further than this, simply watch the below clip, if you haven't already, and be moved.  Christians, this is how we are all to be. https://www.facebook.com/724648964215277/posts/2851456618201157?sfns=mo
Post a Comment
Read more

The fall of a king 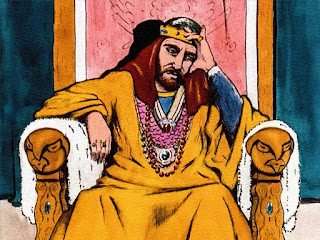 "So Samuel said, 'When you were little in your own eyes, were you not head of the tribes of Israel?  And did not the Lord anoint you king over Israel?  Now the Lord sent you on a mission......Why then did you not obey the voice of the Lord?......you have rejected the word of the Lord, and the Lord has rejected you from being king over Israel.'" - 1 Samuel 15:17-19a, 26b God had warned the Israelites long before Israel's first king, Saul, reached this breaking point in 1 Sam. 15.  He had warned Israel that if they turned away from His leadership and sought out a human king 'like all the other nations,' it would end in disaster and heartache.  This, unfortunately, is exactly what happened.  Israel demanded a king, they hastily accepted any responsibility if it went wrong, and the Lord gave Samuel the prophet permission to put a king over them. Saul was apparently a humble man at the start (1 Sam. 9:21).  He came from a wealthy family (1 Sam. 9:1),
Post a Comment
Read more
More posts