Showing posts from July, 2018
Show all

Ruth: How We Should Approach Jesus 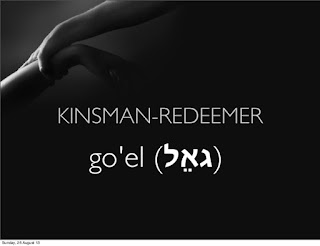 "Then it shall be, when he [Boaz] lies down, that you shall notice the place where he lies; and you shall go in, uncover his feet, and lie down; and he will tell you what you should do."  - Ruth 3:4 The story of Ruth is a fascinating one; there's so much going on in this story, culturally in particular, that one can't overlook. First of all, the fact that such a book exists in a collection of middle eastern writings (Old Testament) is astonishing because it would have been culturally shocking in that day and time - its a book dealing with a woman, even bearing her name.  Eastern culture, especially in biblical times, was largely dominated by men. Second of all, Ruth was a Moabitess ( Ruth 1:4, 22 ) which indicates a few things: 1) Ruth's heritage/family background is one which began in sin (Lot committed incest with his own daughter - the Moabites were born in naming that son Moab - Gen. 19:37 ). 2) Ruth being a Moabitess means she wasn't an Israelite so
Post a Comment
Read more 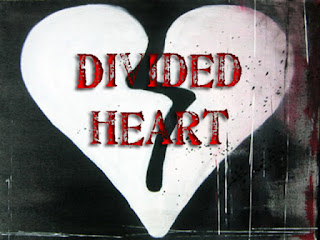 " [Amaziah] did what was right in the sight of the Lord, but not with a loyal heart ." - 2 Chronicles 25:2 Throughout Israel's biblical history, they had a slew of bad leaders.  Evil, Godless leadership resulted in judgment and discipline from the Lord to get them back on track but it never ceased to occur that after hard times brought the necessary repentance, shortly after another bad leader would take power and Israel would be headed right back to the 'repentance corner' all over again. They had leaders like Amaziah often - a leader with a divided heart. You would think with their own civil war (Judah vs. Israel; a 'North vs. South' situation like our American Civil War), countless enemies attacking them, and rampant sin, that Godless leaders would be the culprit - but that wasn't always the case.  In many cases, you had Amaziahs - leaders who led with divided hearts. At first glance, the reader is left to do a double-take at 2 Chronicles 2
Post a Comment
Read more
More posts