Showing posts from February, 2019
Show all

Perspective in an age of dreams & visions.... 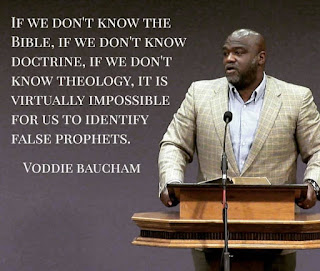 My wife recently saw a friend share a video on Facebook about a 9-year old girl who claimed to have a vision from God.  Her vision apparently took place while she was in prayer.  In this vision, she claims to have seen "Jesus....wore a white robe with a blue and red sash around His shoulder and waste."  She also claimed that in this vision, Jesus told her to warn others of the coming rapture, which would be soon, and that there would be a great earthquake before the rapture event occurred.  The video concluded with the girl reciting John 3:16 and John 14:6.  Other than having small issues recalling wording in the passages, she had no struggles in sharing the details of her vision.  She seemed to know it, she knew what she saw, and she told it well. On the surface, this sounds exciting and even biblical.  She was a sweet, innocent girl with her mom by her side sharing with the world what she believes Jesus told her in a vision.  We have no right or reason to question her, r
Post a Comment
Read more

The Old Testament Priests and Jesus 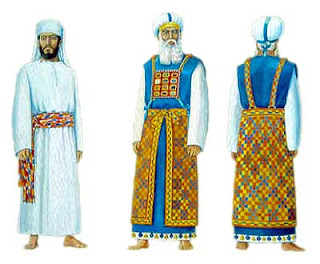 I'm currently reading a book entitled "God in Our Midst: The Tabernacle & Our Relationship with God" by Daniel R. Hyde, and wow, has it been a great read!  In this book, Hyde lays out in vivid detail the parts of the OT tabernacle, along with the garments of the priests, and the significance each has in the grand story of the Bible.  So often when one sets out to read the Bible, the reader will make it into Exodus and really slow down; even fall asleep.  If a reader happens to make it through all of the chapters regarding the construction and materials of the temple, they will almost surely surrender by the time they reach the priestly wardrobe.  It isn't until the student of the Bible truly comes to realize the significance of these seemingly mundane details that these often skipped and/or neglected chapters in Exodus truly come to life! One chapter, in particular, that Hyde covers is Exodus 28.  In Exodus 28, the reader is given the materials and ensemble that
Post a Comment
Read more

Do you truly appreciate your salvation? 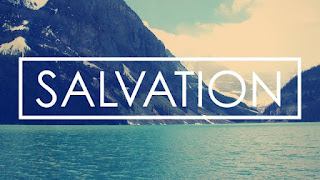 " None is righteous, no, not one; no one understands; no one seeks for God.  All have turned aside; together they have become worthless; no one does good, not even one ." - Romans 3:11-12 I've been studying the book or Romans and actually taking our congregation through a verse by verse study Sunday mornings in our worship services.  What a theological kick to the face!  Romans will have you appreciating the Gospel far more than you did before reading it while simultaneously realizing how truly wretched and helpless we humans are in our sins.  Romans is grace and judgment, doctrine and faith all wrapped in a 2-ton Mack truck of Scriptural truth. As I was reading through Romans 2 and into 3 today, I came was struck by the humbling reality that without the tremendous grace and mercy of God shone through Christ, the Son, I wouldn't have a single excuse or argument to stand on at the Day of Judgment.  Let that fact alone, it was awakened in me the reality that withou
Post a Comment
Read more
More posts