Showing posts from November, 2017
Show all

Do you worry about witnessing? 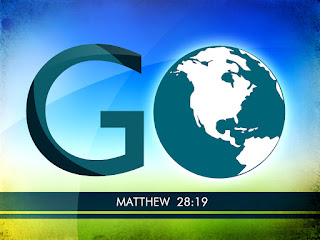 "And I, brethren, when I came to you, did not come with excellence of speech or of wisdom declaring to you the testimony of God.....And my speech and my preaching were not with persuasive words of human wisdom, but in demonstration of the Spirit and of power, that your faith should not be in the wisdom of men but in the power of God." -1 Corinthians 2:1, 4 Do you ever worry about what you'll say when witnessing to someone?  Maybe you have a desire to tell others about Jesus, you know its what He's called all believers to do, but you're fearful of sounding like a fool or stumbling over your words or not being able to answer someone's questions? We all have that fear; I have that fear at times.  When those fears come, remember what Paul said here: "I didn't come with excellence of speech or wisdom..."  Paul made it clear that he didn't share the Gospel with people with some amazing presentation or elaborate witnessing method.  He didn
Post a Comment
Read more

Are you living out loud? 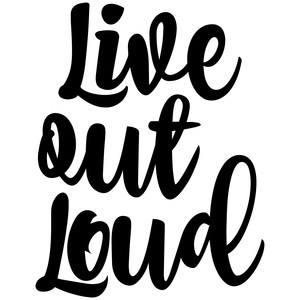 "After this, Joseph of Arimathea, being a disciple of Jesus, but secretly , for fear of the Jews, asked Pilate that he might take away the body of Jesus... "  -John 19:38 If you're a believer, a " disciple of Jesus ," how are you living and representing Christ?  Joseph of Arimathea, a wealthy member of the Jewish governing council known as the Sanhedrin, had come to faith in Christ during His earthly ministry.  However, due to his " fear of the Jews ," likely being afraid of loss of social status, mistreatment and even persecution for his new-found faith, he lived " secretly ," something John wrote about in a negative light. Even before this, John wrote about other believers who were in prominent positions in Jewish circles but who decided to live their faith secretly: "Nevertheless, many even of the authorities believed in Him, but for fear of the Pharisees they did not confess it, so that they would not be put out of the synagogue
Post a Comment
Read more

Standing on the promises of God... 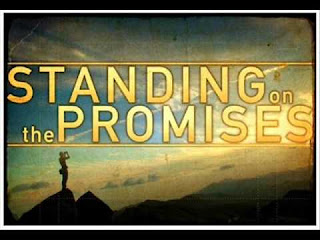 We all know the hymn.... "Standing, standing,  Standing on the promises of God my Savior. Standing, standing...... I'm standing on the promises of God!" These promises of God, found in the Scriptures, are what help us to maintain hope in this dark world.  The great and many promises of God the Father and Jesus Christ the Son are what help to keep us going as believers.  But, do we fully believe them all?  Do we sometimes doubt them? Here's a small example of the trustworthiness of the words of Christ: When Jesus was in Bethany at Simon the leper’s house, a woman named Mary came and anointed Him with expensive oil, to which Jesus said was to prepare His body for His upcoming burial after His crucifixion. It’s interesting to note what Jesus says after Mary does this: “Assuredly, I say to you, wherever this Gospel is preached in the world, what this woman has done will also be told as a memorial to her.” (Matt. 26:13) This is a great display of Jesus
Post a Comment
Read more
More posts